Spanning Tree Protocol (STP) is a network protocol designed to prevent layer 2 loops. It is standardized as IEEE 802.D protocol. STP blocks some ports on switches with redundant links to prevent broadcast storms and ensure loop-free topology. With STP in place, you can have redundant links between switches in order to provide redundancy.

To better understand the importance of STP and how STP prevents broadcast storms on a network with redundant links, consider the following example: 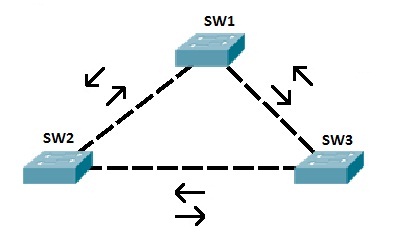 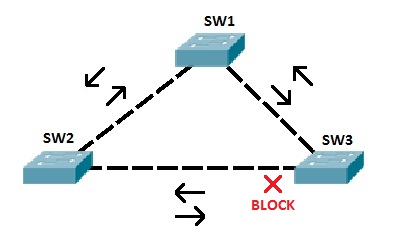 In the topology above, STP has placed one port on SW3 in the blocking state. That port will no longer process any frames except the STP messages. If SW3 receives a broadcast frame from SW1, it will not forward it out the port connected to SW2.

NOTE
STP enables layer 2 redundancy. In the example above, if the link between SW3 and SW1 fails, STP would converge and unblock the port on SW3.