The following picture illustrates the concept:

In Windows, you can set up duplex settings in the Properties window of your network adapter: 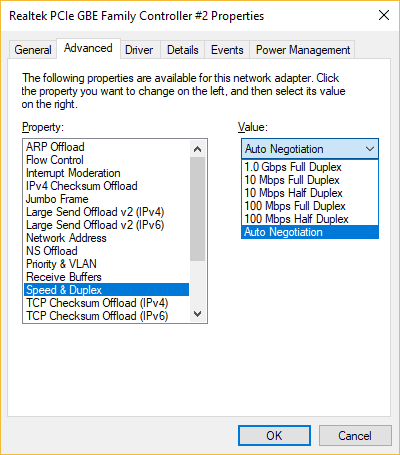