The designated switch is determined based on the following criteria: 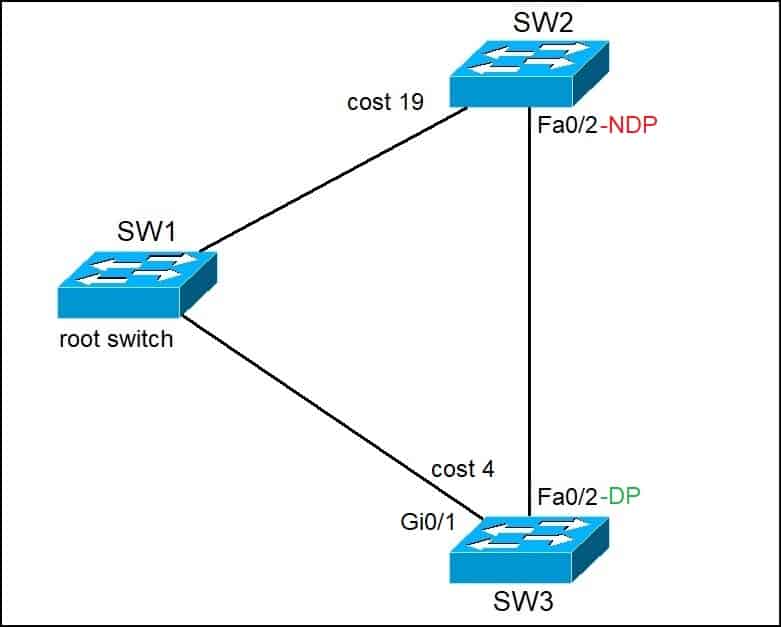 NOTE
If the link between SW1 and SW3 fails, STP will converge and the Fa0/2 port on SW2 will be placed in the forwarding state.