Subnetting is the practice of dividing a network into two or more smaller networks. It increases routing efficiency, enhances the security of the network and reduces the size of the broadcast domain. 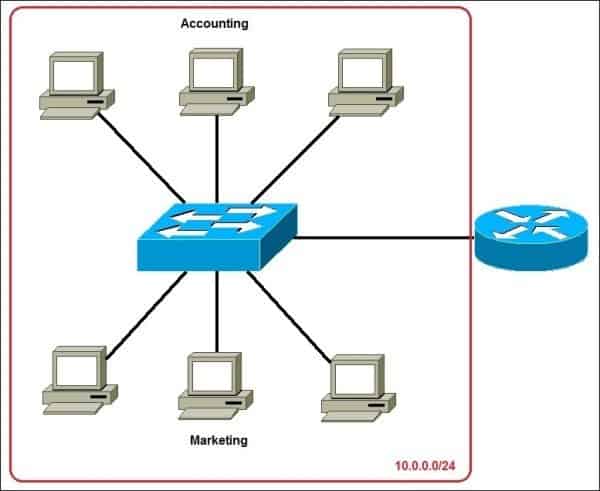 In the picture above we have one huge network: 10.0.0.0/24. All hosts on the network are in the same subnet, which has the following disadvantages: 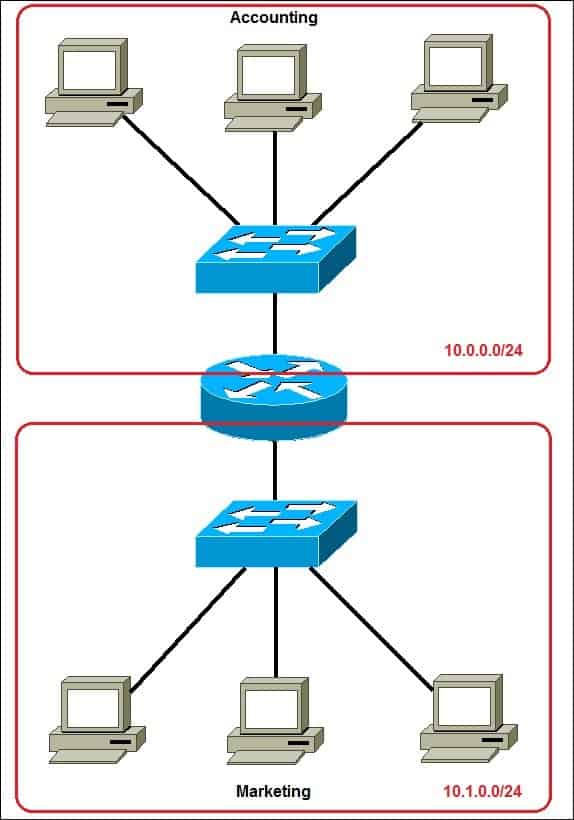 Now, two subnets were created for different departments: 10.0.0.0/24 for Accounting and 10.1.0.0/24 for Marketing. Devices in each subnet are now in a different broadcast domain. This will reduce the amount of traffic flowing on the network and allow us to implement packet filtering on the router.