Just like hubs and bridges, a switch is used to connect multiple hosts together, but it has many advantages over them. Switch is an OSI Layer 2 device, which means that it can inspect received traffic and make forwarding decisions. Each port on a switch is a separate collision domain and can run in a full duplex mode (photo credit: Wikipedia).

A switch manages the flow of data across a network by inspecting the incoming frame’s destination MAC address and forwarding the frame only to the host for which the data was intended. Each switch has a dynamic table (called the MAC address table) that maps MAC addresses to ports. With this information, a switch can identify which system is sitting on which port and where to send the received frame.

To better understand how a switch works, consider the following example: 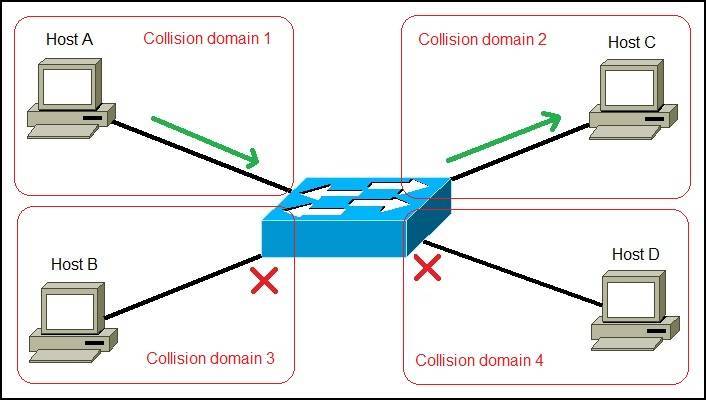