We’ve already learned that IOS has three main command modes: the user exec, privileged exec, and the global configuration modes. Each of these modes serves a different purpose and has its own set of commands. In this lesson we will describe each of this modes in more detail.

Initially, a user logs into the User Exec mode. This is the mode with the least number of commands. You can get a list of all available commands by typing the character ?. 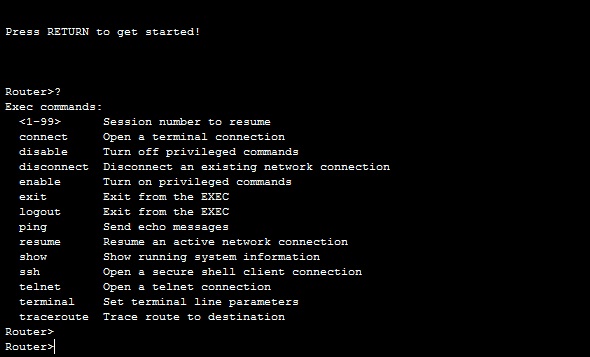 As you can see, most of the commands available are used to show statistics and perform some basic troubleshooting. The prompt on the left side of the screen always displays the device hostname (R1 in this case), followed by the character >.

All commands can be abbreviated to their first letters of the command name. For example, you can abbreviate ping by typing pin, because no other command in the User EXEC mode IOS mode begins with these letters.

The prompt for this mode shows # after the device hostname. 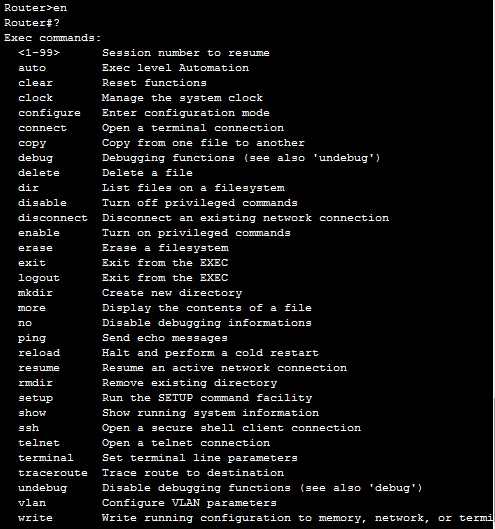 To change a device configuration, you need to enter the global configuration mode. This mode can be accessed by typing configure terminal (or conf t, the abbreviated version of the command) from the enable mode. The prompt for this mode is hostname(config).

Global configuration mode commands are used to configure a device. You can set a hostname, configure authentication, set an IP address for an interface, etc. From this mode you can also access submodes, for example the interface mode, from where you can configure interface options.

You can get back to a privileged EXEC mode by typing the end command. You can also type CTRL + C to exit the configuration mode. 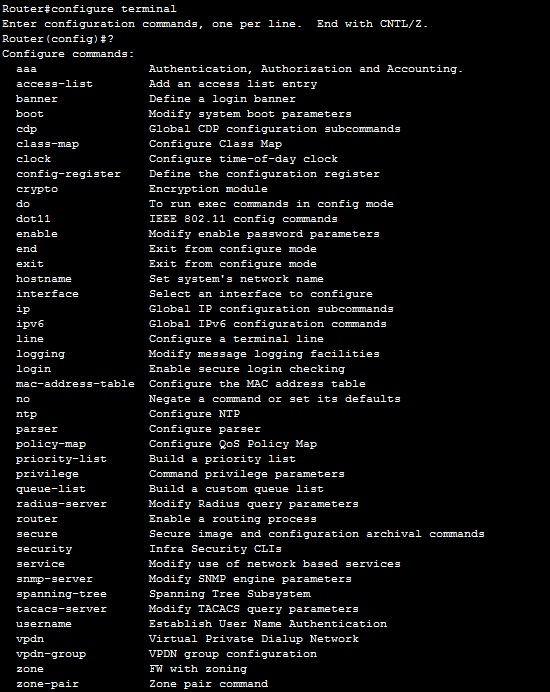 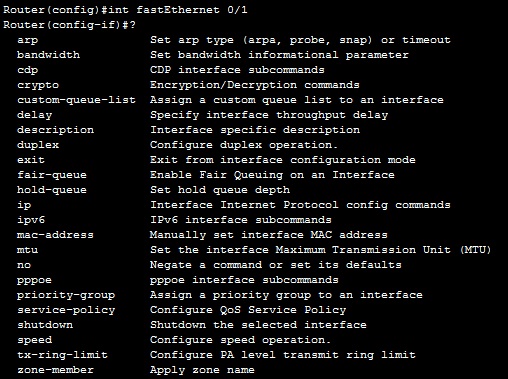