By default, all ports on a switch are in the VLAN 1. We can verify that by typing the show vlan command from the IOS enable mode of a switch: 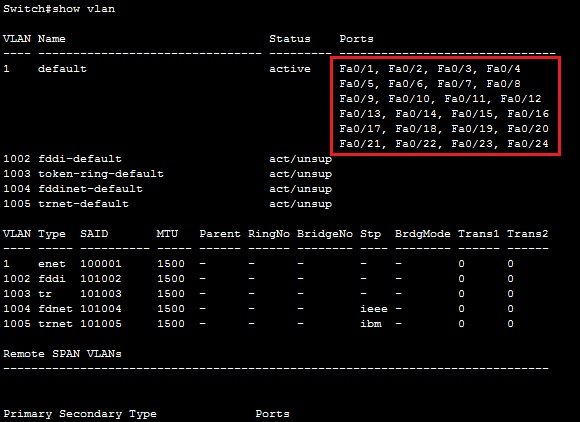 In the picture above, you can see that all of the 24 ports of the switch are in the same VLAN, namely VLAN 1.

Two steps are required to create a VLAN and assign a switch port to the VLAN:

Here is an example of assigning the VLAN 2 to the interface:

The first command (vlan 2) created the VLAN 2. We’ve then entered the Fa0/1 subinterface mode and configured the interface as an access interface that belongs to VLAN 2. To verify this, we can again use the show vlan command: 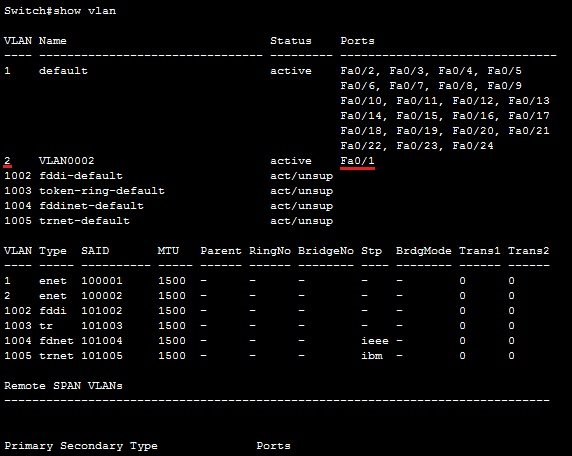