Take a look the following example: 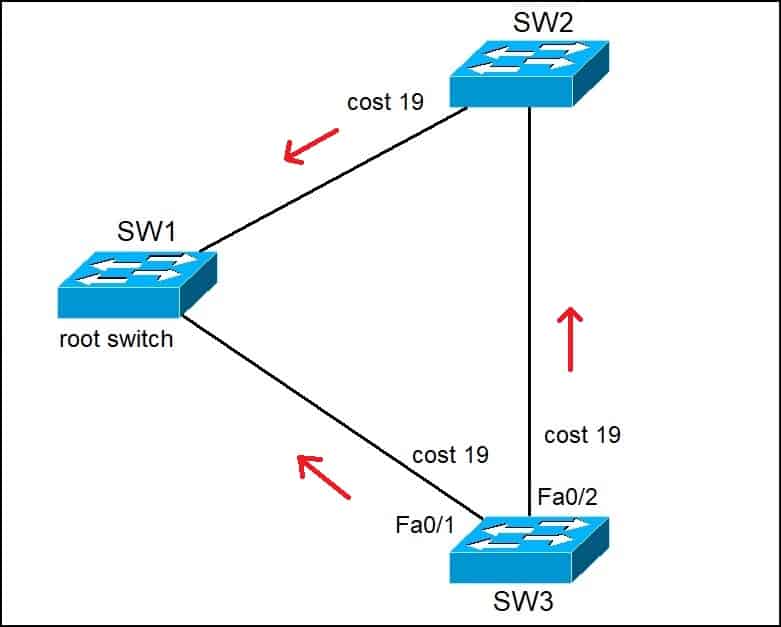 In case the best root cost ties for two or more paths, the following tiebreakers are applied:

The default port cost is defined by the operating speed of the interface:

You can override the default value on the per-interface basis using the following command: