Just like STP, RSTP creates a topology database of the network. To prevent loops, some interfaces on switches are placed in forwarding state and other interfaces in discarding state. How does RSTP decides in which state the port will be placed? A couple of criteria exist:

NOTE
RSTP is backwards-compatible with STP and they both can be used in the same network. 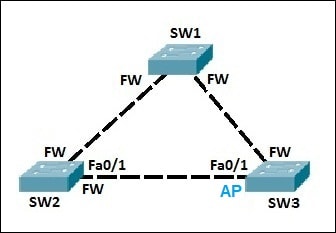 NOTE
RSTP also introduces a concept of backup port. This port serves as a replacement for the designated port inside the same collision domain. This can only occur when using hubs in your network.