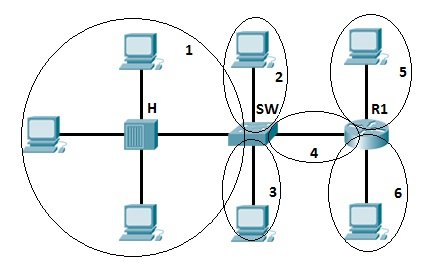 We have 6 collision domains in the example above.

The following example clarifies the concept: 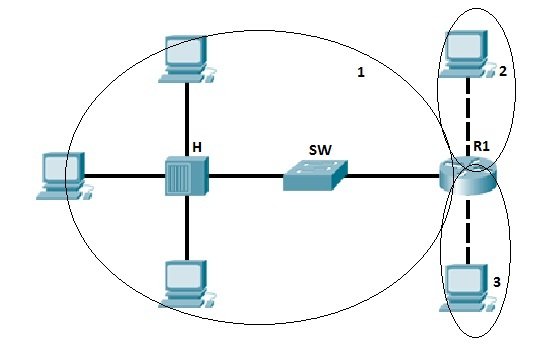